Beautiful code: a sense of direction

Whenever I hear someone boast about the huge number of lines he produced for his last project, I silently rejoice of not having to take over his code. To be honest, like most industry programmers, I was often asked to expand code I did not write in the first place. Maybe you did too. If so, you must know how often one can experience moments of profound despair, pondering at endless lines of incomprehensible code. For those of you lucky enough to ignore this feeling, let me just say that, every single time, I dug up countless skeletons, a lot more than the ones hiding in the closet of your most crooked politician. Sometimes, I believe that funambulism while plate spinning at the same time might even be easier. A single move and everything collapses. Invariants break, exceptions fly and your manager loses numerous days of life expectancy. 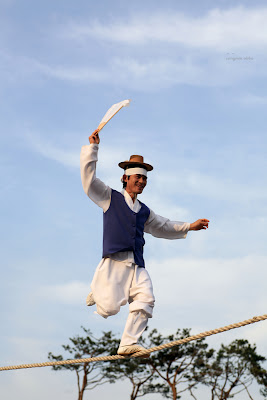 Working on someone else's code, harder than jultagi?


Let us now be honest and consider the reverse situation. I vividly remember when one of my coworkers confessed, slightly embarrassed, what he really thought about my code. He found it simply unintelligible. I was taken aback! Until then, I had no idea that, what I took great pride in, could be so unpleasant for someone else. You may laugh at me, but frankly, do you still easily understand code you wrote only 6 months ago?

In fact, writing a piece of code is an order of magnitude easier than reading it. In that respect, some languages fare worse than others: for instance Perl is renowned as being write-only. Not only that but also beauty is said to lie in the eye of the beholder. So objective beauty, even for software, must not exist! For a very long time, I thought so. And it was extremely frustrating. I was not able to rationally explain why some piece of code did not feel right. Neither could I show other programmers how to improve their code writing skills. My only alternative was to lead by examples or resort to arguments from authority.

Now, I believe that code beauty rests on only 3 principles. They are, if you will, the golden ratios of software. Despite their relative simplicity, they are surprisingly rarely followed by programmers, even advanced ones. However, if applied systematically, they invariably lead you to beautifully crafted pieces of code. With them, I gained a sense of direction that I hope to convey in this post. 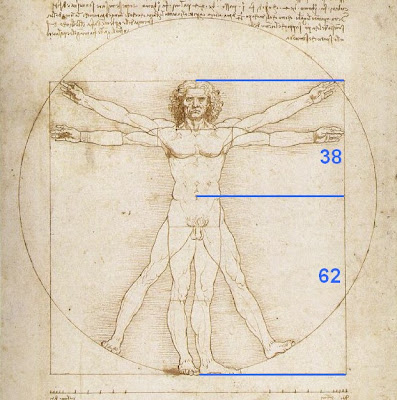 A golden ratio for software?


My three golden principles of code beauty are:
Less is more, often referred to as the KISS rule (Keep it simple, stupid!), means you should always try to minimize the complexity of your programs by decreasing the number of lines, classes, fields, methods, parameters... Good looking software is fit! The rationale for this principle is easy to understand: how much longer does it take you to read 1000 lines of code rather than 100 lines? Probably 10 times longer, provided you never get tired. This gets worse if you have to understand, debug, rewrite, and cover with tests 1000 lines of code rather than just 100. There is another, less considered, aspect of this principle: smaller programs have less room for irregularities. Copy-pasted code, duplicated states, complex logic are less likely. So, mechanically, the same amount of tests have a higher coverage, corner cases are fewer and bugs do not hide. Reducing code size is bug hunting! At last, for those of you who, like me, are fond of arguments by passing to the limit: an empty piece of code can simply not crash!

Local is manageable, also known as the separation of concerns principle, means you should structure your code in classes of limited size. At the same time, coupling between classes should be minimized. In C# this implies that methods access modifiers are chosen in this order: private first and then internal protected, internal, protected and finally public. Chinese junks were probably the first ships divided into watertight compartments. If the hull was damaged in one place, these subdivisions would circumscribe the flooding and help prevent the ship from sinking. In the same way, software compartmentalization limits propagation of bug impacts. Code modifications can be performed locally, small parts replaced easily. In great software, richness in behaviour is achieved by the combination of multiple small and simple components rather than by the gradual stratification of code into a monolithic and complex ensemble. 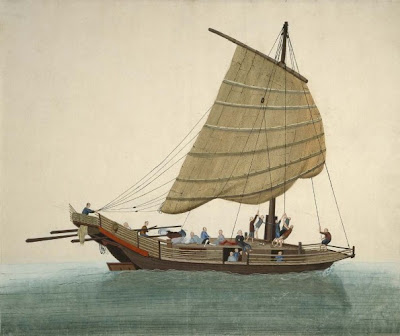 In this age of unlimited belief in the virtues of progress, you probably won't often hear the last principle: Innovation is risk. However it should be common sense that every technology comes with its own risks. In that respect software is no different. If I can implement all the required functionalities with some integer fields, classes and methods, I am the happiest man. I do not enjoy worrying about when to release files, how floating points are rounded, which method is called through a delegate or whether my threads won't deadlock... Most programmers are immediately aware of the benefits of advanced language constructs. But few, myself included, really understand how to avoid misuse. Manipulate gadgets with care and maintain a sense of mistrust towards novelty!

I find these three principles particularly relevant because of their adequacy with some characteristics of the human mind, namely:

To sum up, between several pieces of code that perform the exact same task, I prefer the smallest, most structured and conventional one. So I try to write code that complies with these principles. It takes admittedly a bit longer than just writing something that works. But because I have learned how hard it can be to read code, I know that the gain in readability largely and quickly pays back.

As you may know, writing crystal clear code right away is almost impossible. More importandly, software has a natural tendency to grow. So much so that coding can be considered as a constant fight against entropy! To avoid code decay, regular refactoring is recommended. Refactoring techniques are code transformations which preserve the external behavior of programs. Together with non-regression tests, they are a fundamental tool to clean up code without breaking it. Almost every refactoring has its inverse transformation. So, without a clear objective in mind, it can be confusing to know which one to choose. Fortunately, when guided by the three aforementioned principles, this dilemna disappears. Let me end this post with a list of a few refactoring techniques. If you want to explore this topic in more depth, SourceMaking is a good place to start.

As you will see, most refactoring techniques are straightforward. But, as I like to say, there are no small simplifications. Small steps have a low cost and can be easily made. Yet, they often open up opportunities for bigger transformations. Also consider the fact that any major code change can always be broken down into a succession of very small steps.


First, here are a few refactoring that reduce the level of access modifiers:
Then, try to decrease the number of fields and variables by defining them at the appropriate scope. Here are some code transformation to do so:
Reduce as much as possible the overall complexity, roughly evaluated by the number of lines of code, of your classes. To do this, start by successively reviewing each field. For this task, an IDE which is able to automatically find all occurences of a variable, helps. Fields come in two flavours:
Moving code between methods, is another extremely effective way to reduce class complexity. For instance, if a method is called only once, then obviously inline it. Don't worry about the fact that later, you will maybe need this method elsewhere. For now, just reduce your code size. If needed, you can always apply the inverse transformation which consists in creating a new method to hold a piece of code that is duplicated in two or more places. There are several variants of this refactoring:
Whenever you have several methods with the same name, but different parameters, you should try to make one method do all the work and all the other ones call it. This refactoring is particularly relevant for class constructors. Note that, if you can't do it easily, it may be an indication that the several versions of the method do not all perform a similar task and some of them should be renamed.
At last, moving code from several callers inside the body of the method which is called, is a very effective code reduction. There are many variants of this refactoring, but the idea is always the same:
In object oriented programming style, conditionals are usually few. Here are some techniques to decrease the conditional complexity of your code, roughly measured by the width, i.e. the maximum level of imbrication:
The presence of an enum field and several switch instructions is a good indication that a class could be broken down into a hierarchy of smaller classes with a common abstract ancestor.
Breaking down a large class undoubtedly improves the overall architecture of your program. However, determining which fields and methods to extract can be a hard task. Try to spot fields that tend to be together in all methods.
Get rid, as much as possible, of static fields and methods. It is always possible to write a whole program with only static methods. But then, it is easy to lose the purpose of each class. Since class hierarchy is not driven by the data anymore, it is harder to feel the meaning and responsability of each class. The tendency to make larger classes increases. Data tends to be decoupled from their processing code. The number of parameters tends to grow. And static fields unnecessarily use up memory... So every time you see a static method, try to move it inside the class of one of its paramaters.

Applying these refactoring may not always be obvious. You will often need to first slightly bend the code to your will. Do not hesitate to reorder two instructions, remove a spurious test, or add some instructions. By doing this you will increase code regularity and often find corner case bugs. Besides, please note that I am not advocating to reduce code by shortening the size of variable names, or removing information which implicitely holds. On the contrary, I believe variable and method names are the best documentation and should be carefully chosen. Also, even though unnecessary, I prefer to explicitely state when fields or methods are private, when classes are internal and prefix references to class variables and methods by this.

In this post, I presented several refactoring techniques. More importantly, I presented my canons for code beauty in the form of three principles:
These principles give you a sense of direction when simplifying code. Because I believe a piece of software is either simple and easy to understand or wrong and bug-ridden, I perform refactoring regularly. It has become a pleasant habit and a soothing exercise. This practive keeps code complexity in check. It can also be helpful to continuously measure the evolution of code complexity. And I will cover this point in a later post. However, you should not worry about finishing code clean up quickly. Any code has quite some room for improvement. So it takes time and a strict feature freeze to achieve ultimate code beauty. As the famous verse by Boileau says:


Hasten slowly, and without losing heart,
Put your work twenty times upon the anvil. 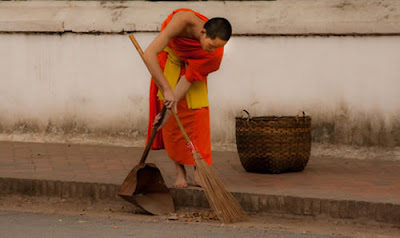 Here are my questions for today: